Andrew is a master of tasteful guitar regardless of the style of music. In his extensive career, he has worked as a guitarist, composer, arranger, programmer & teacher. He is easy going, enjoys great playing and his professionalism has made him a popular choice for acts on the Gold Coast and elsewhere.

Since 1989, Andrew has performed locally and internationally in a wide variety of music genres and venues. During this time, he expanded & honed his composing, arranging, programming and playing skills and studied in Los Angeles at the Musicians Institute. He has considerable experience in solo guitar performance and has a broad repertoire. Alongside his work as a musician, he has created many compositions, as well as custom songs.

In 2007 he recorded At the End of the Day with flautest Joanna Sullivan under the name Airstream. The album features beautiful classical pieces and originals. It's a perfect album to listen to when winding down & relaxing.

The 2011 Brisbane season of the hit musical ‘WICKED’ saw Andrew take on the task of guitars, mandolin and banjo. He then went on to being in the pit orchestra for the Brisbane season of Mary Poppins, Annie and A Chorus Line and a number of musicals including the locally produced ‘Pyjamas in Paradise’, ‘Fame’, ‘Les Miserables’, 'Thoroughly Modern Millie' and ‘Jesus Christ Superstar’. He has worked with the Queensland Symphony and Queensland Philharmonic orchestras and performed with members of the Singapore Symphony Orchestra. He has been ‘first call’ guitarist for the Brisbane City Carols TV special for many years.

Andrew has considerable recording experience in many styles of music as both a composer, arranger and player. His recording work showcases Andrew’s earthy blues feel and sophisticated melodic and harmonic sense. He is in demand as a session musician and contributes to albums and demos in many different styles, and he was the guitarist on the Olympic Games Soccer Opening Ceremony soundtrack.

As a freelance musician, he is required to be a 'jack of all trades'. On any given week, he will perform anything from solo guitar to big band in a variety of styles. Martin Taylor said that Andrew has a 'great tone, brilliant musical ideas and nice touch on guitar.'  He has a passion for great music and for playing. He is available for: 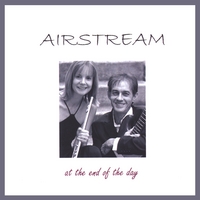 Hear the demo and buy the album here 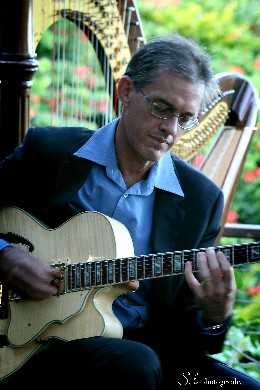 My guitar tracks are available here.

Join the online community for updates, concerts, giveaways and performances!